I had an over abundance of tomatoes so I decided to make tomato sauce. I put one onion, two celery stalks and 12 pounds of tomatoes into the crock pot. I cut up the large tomatoes and left the grape tomatoes whole. 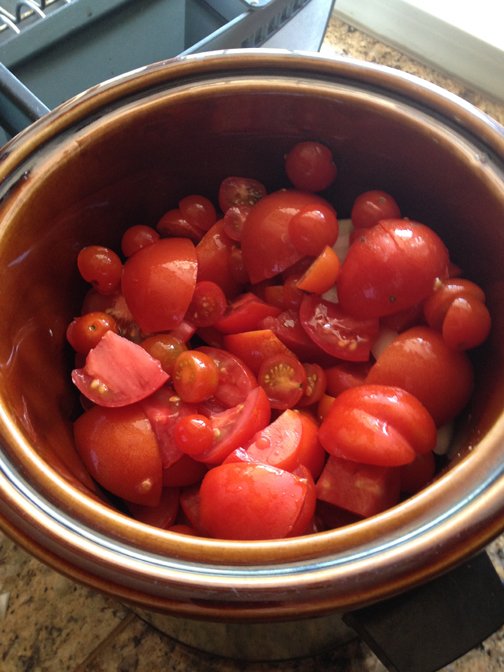 I put the pot on high for about an hour and then turned it to low. After about 5 hours, I put it through a food mill to get rid of the peels. No one wants to have to hand peel 12 pounds of tomatoes!

I left it on for another 5 hours, until it got as thick as the caned stuff. Here's how far it cooked down. 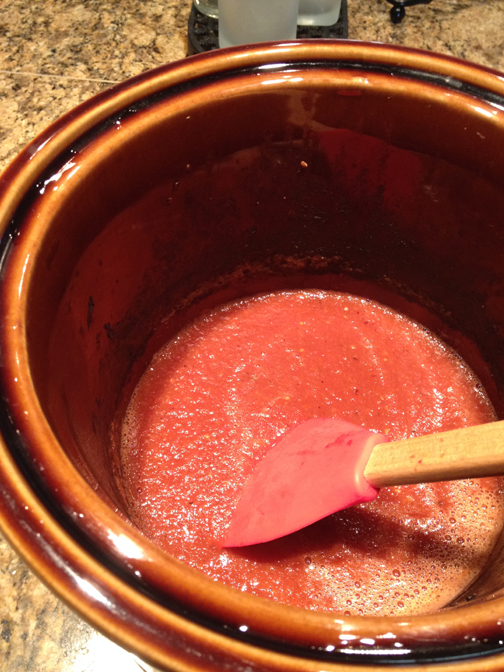 It was one small jar full that I made a pasta sauce out of. It served two. It was yummy, but I expected more.

I'm not sure it something worth doing all the time, but it was a great way to use up so many tomatoes.
Posted by Unknown at 4:43 PM No comments: