I had a fantastic trip to Northern Ireland and the Republic of Ireland. After an all night flight from LAX to LHR, it was just a short flight to Belfast. There I got a taxi to Newcastle. As the taxi rounded the corner here was my first view of the hotel: the Slieve Donard. Nigel had already been there for 4 days for a meeting.What a beautiful place it was. 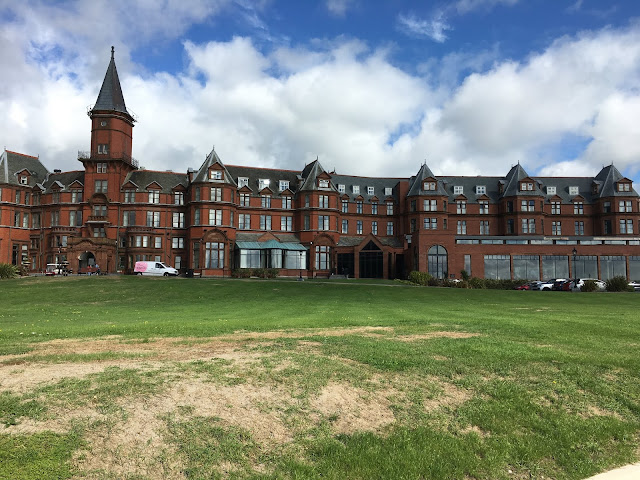 Our room looked over the sea. It had this plaque: 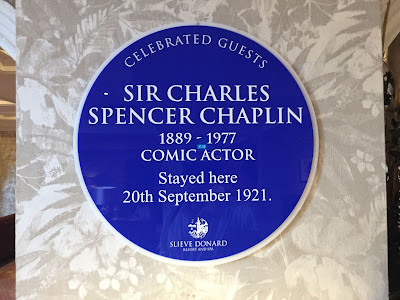 Belfast was only 45 minutes away, so the next day we went to the Titanic museum. It was done really well. Below is the exact spot where the Titanic sailed off. 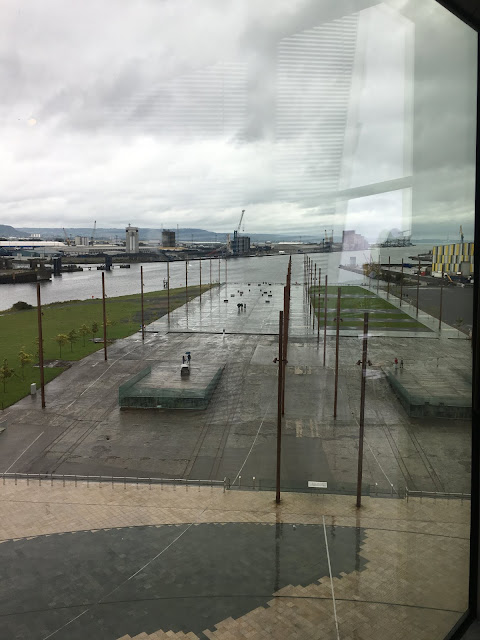 After another day, we left the UK and moved on to Dublin where we visited stone circles and castles along the way. In Dublin we went to St. Patrick's Cathedral, of course and toured the Potato famine museum. We spent the next day on the Grand canal on a canal boat. 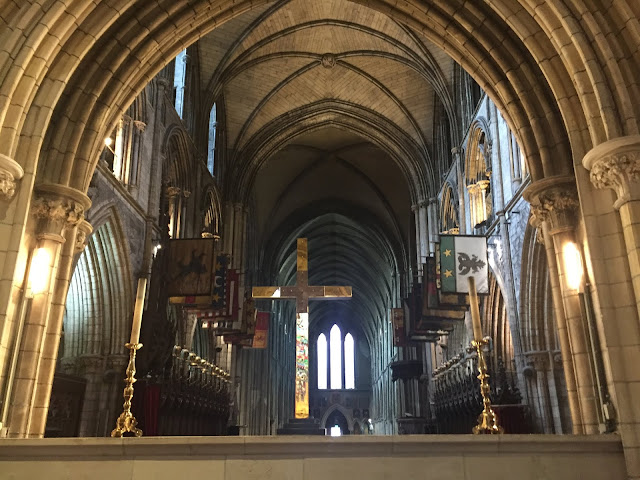 The Cathedral was quite impressive 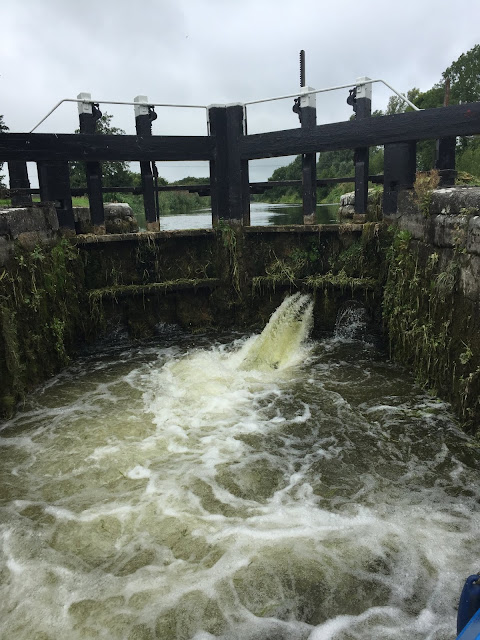 The filling of the lock. 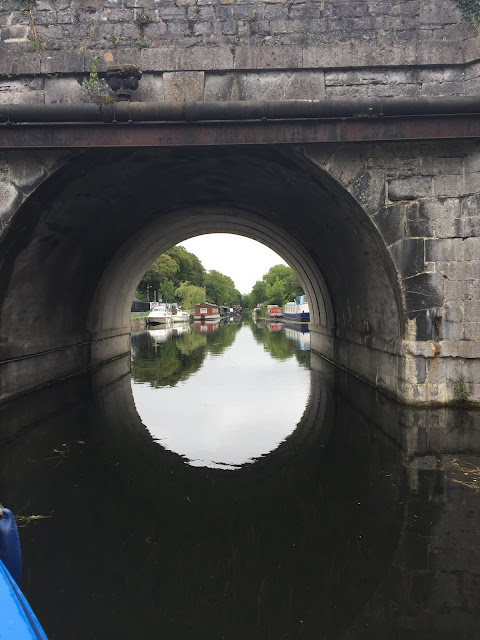 On our way again.

The Cliffs of Moher are impressive. Probably most establishment shots of Ireland are of these cliffs. It was a bit overcast and rainy - what a surprise, so the picture isn't that great. 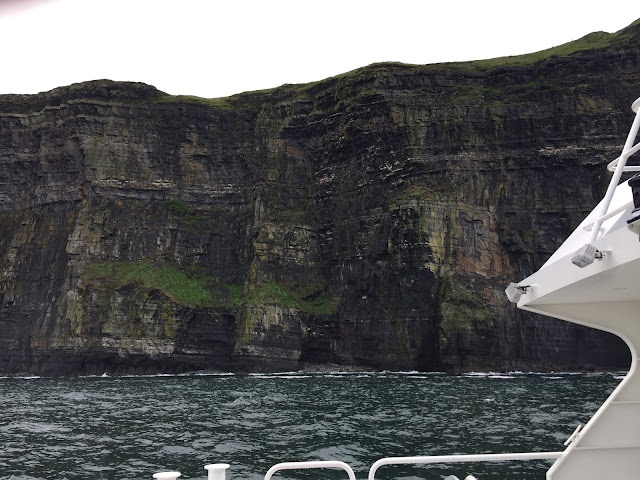 Seeing these from a boat is a great way to see how massive these cliffs are.

We wandered around the Republic of Ireland and then headed up the other side of Northern Ireland to Londonderry, which is now mainly called Derry. It's still a very political area. 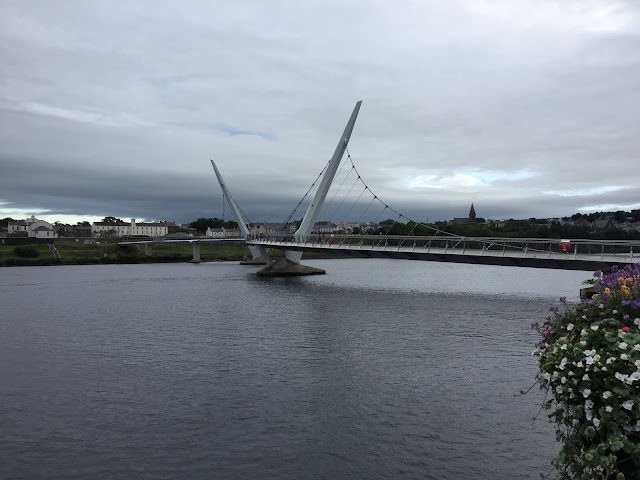 This is the Peace Bridge that opened in 2011

The Devil's Causeway is amazing. If you notice in this picture, the stones are either 5, 6 or 7 sided and all fit together. 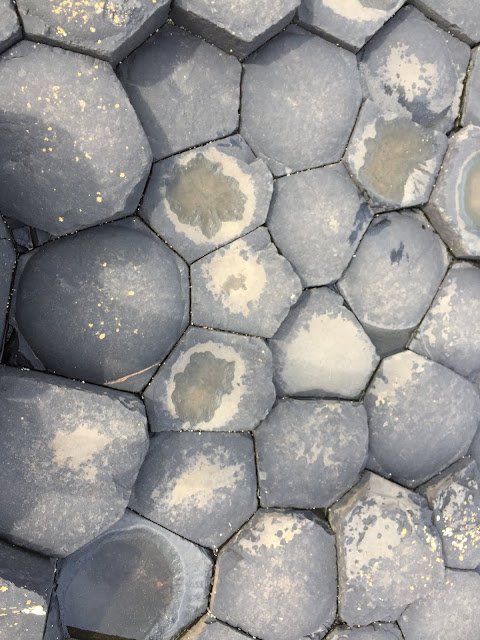 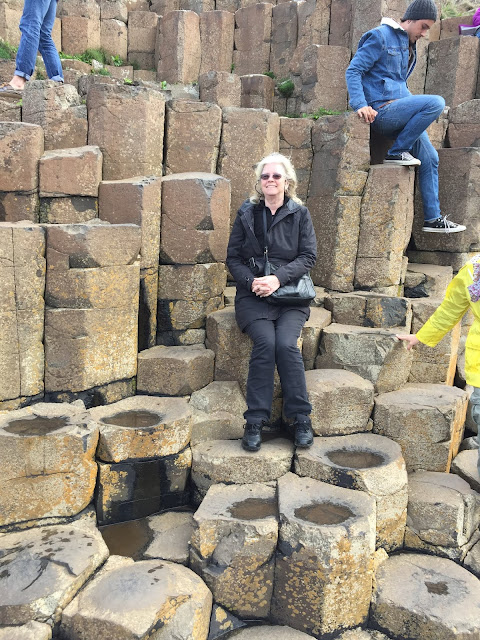 The last place in Norther Ireland was the Dark Hedges. Since I've not seen Game of Thrones, we went there because the photo we saw of them was very cool. I guess if I ever watch Game of Thrones, I'll recognize them. 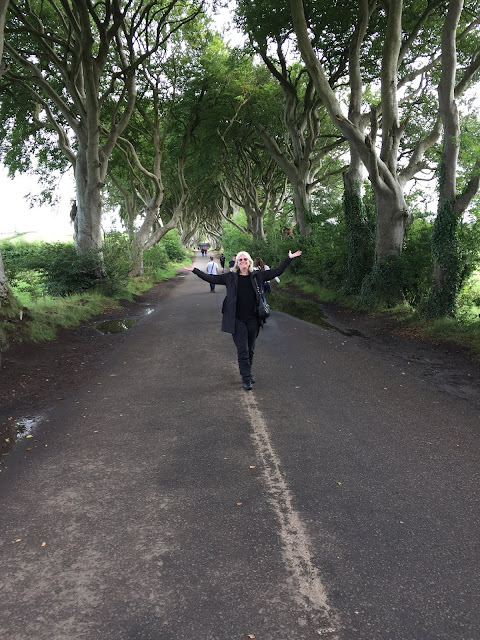 Well, I went to Vegas, but I was at the American Sewing Guild's National Conference. I had a great time. The hotel didn't get any money out of me other than the price of my room. I managed to go out to dinnerone night with a friend from high school, but that was about it. There's always so much to do at the conference.

I drove to Vegas. It's usually about a 4 hour incredibly boring drive. Not this time. Between Barstow and Baker it was thunder and lightning. The rain was so hard the windshield wipers couldn't keep up. Added a little excitement to the whole trip. Coming back was dry. Yep - and boring.

I taught 3 classes at the conference. Here's a picture of my pin tuck pillow class:

The kit contained 4 pieces of white batiste. They used a twin needle (also called a pin tuck needle) to sew any design they wanted. The only rule was each square had to be different. And different they were.  Many of the students were a little nervous about just sewing without any pattern or sample. They did it.  They all looked fantastic. That's me sitting on the floor in the front.
Posted by Unknown at 6:14 PM No comments:

We went on a trip from San Bernardino to Barstow on Route 66. I must say there are a lot of quirky things along the route. 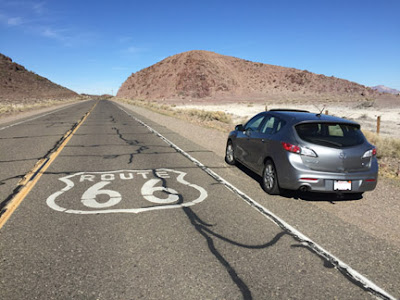 One of them was Elmer's Bottle Farm. I thought we'd walk through it in about 5 minutes. Nope - it took us about 1/2 hour to see it all.


We stayed in a place called Newberry Springs. 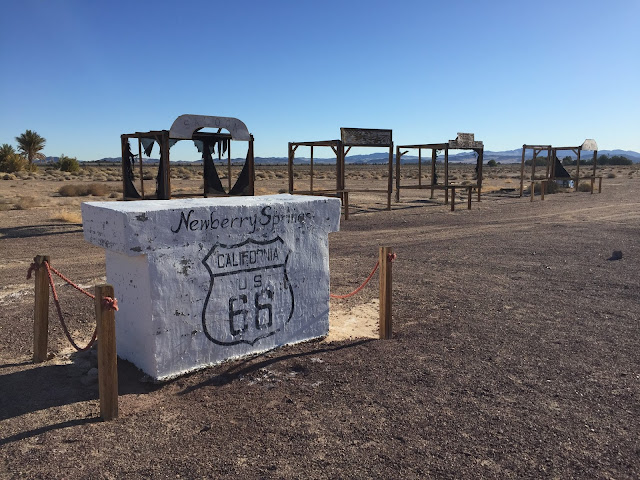 If you ever have a reason to stay in Barstow, CA, this is the most charming place to stay.  It's a caboose on a lake. Imagine, a lake in the middle of the desert. The owner has turned her land truly into an oasis. Here's a couple of photos:


Here's the best part, the view out of the front window:


The inside has been completely modernized. We plan on returning sometime and just spending a couple of days relaxing.

It's Been a While

I haven't written in a while because I forgot my password and in order to get it, I had to answer a bunch of questions that I had no idea what the answers were.

I did a look-up today of Sew Timeless only to see that Google has marked me as permanently closed. There was another Sew Timeless that did close, but not me. In order to report that I'm still in business, I had to have my password. I guess the shock of seeing "permanently closed" got me to remember it.

I'll be posting again now that I can.
Posted by Unknown at 9:38 AM No comments: